Having a bad day?  Life got you down? Watch and listen to this song by 15-year-old High River resident Hannah Shields as she sings “When The River Starts to Rise” about hope and resilience in the face of overwhelming adversity.

“Hold you head up.  Put a smile on your face.
Stand tall and proud, if you love this place.”

Most of the rest of the world has already forgotten the devastating floods that affected tens of thousands of people near Calgary this past summer, but the town of High River is still rebuilding and life is far from ‘normal’ for those living and working there.

She started work on the song a day or two after she and her family evacuated their home with little more than the clothes on their backs.  Hopping from friend’s house to hotel every day or two, not knowing what was happening to their home, she was resilient.   After finally getting clearance to return to their home weeks later, her room had been under water and most everything she was familiar with was destroyed.  Except her guitar, which they had managed to store on the top level of the house before they departed.  She retrieved it, and was happy.  She was able to see the light at the end of the tunnel and she “will refuse to sink.”

Her song was made a reality with the support of a great team of friends and family, Director Trevor Smith says shooting the video was a way to “keep our mind off the struggle of rebuilding”.  While you may shed a tear (or start to sob) watching When the River Starts to Rise, know that Hannah has helped you to be a bulwark against future troubles.

“Hold you head up.  Put a smile on your face.
Stand tall and proud, if you love this place.” 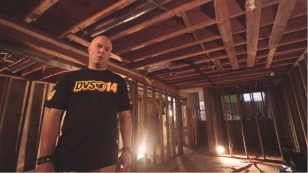 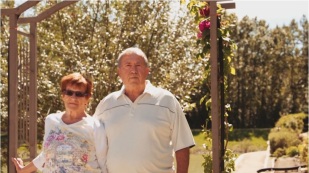 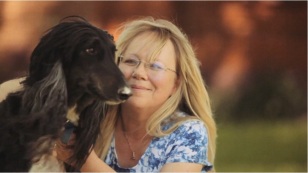 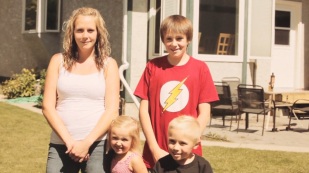 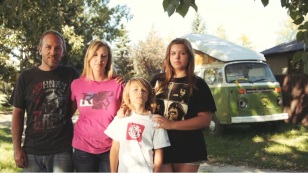 Disclaimer: Hannah is my niece.  I’ve lived in High River.  My mother, grandmother, and brother’s families are featured in the video.  I’m a proud Uncle.

For years now Clint Eastwood has ranked as my favourite American Filmmaker. When I saw this large portrait of Mr Eastwood staring at me from the display at my local library I immediately grabbed it (despite it’s heft and the challenges that gives me transporting it from the library by that’s an aside).

The many anecdotes throughout the volume were wonderful glimpses into Clint Eastwood the filmmaker, and Clint Eastwood the man. I’d recommend the book for those reasons alone as the writers of the book interviewed over sixty cast and crew who have worked with him over the past 40 years, and they’ve organized the chapters into distinct filmmaking domains which I enjoyed.

I didn’t give the book more stars though, due to a few weaknesses. It is coffee table sized, in order to show off the tremendous still photographs, however it felt like the stills chosen did not encompass the entire history of Eastwood’s work, nor were they necessarily even related at all to what was being discussed near them. Most of the pictures were from four or five of his films — perhaps it was a rights issue with the pictures, or some technical matter but it was a weakness I felt. Most of the chapters did not conclude well. I often had to double check I didn’t skip a page or miss a paragraph somewhere. And finally the design of the ‘sidebars’ took me out of the flow as well, the smaller font and the disjointedness of how they were chosen to be separated from the main body was unclear. Oh, and personally I wanted more on Changeling, just because I followed a lot of that production closely from another source.

Biographically there was very little, but I’m now tempted to dip into that well of material that’s already been published and see what more I can learn about the man himself.

DynamO Théâtre‘s I on the sky is currently playing at Young People’s Theatre in Toronto with tickets still available for this weekend’s performances.

My kids and I saw the show today (they perform twice a day for school groups as well as the ticketed weekend shows) thanks to a Toronto4Kids contest win, and it was excellent.  An acrobatic trampolining energetic costume filled play without words that is also touching and heartfelt, not to mention laughter inducing.  If you can find the time to squeeze in the 60minute show, I recommend you do, you won’t be disappointed.  Side fact for my circus followers — two of the actors are former Cirque du Soleil performers.

The program suggests it for an audience of 10 years and up, and YPT suggests grades 3 to 7, but my 3 & 5 year old were engrossed completely.  There is conflict, and bullyish behaviour from the ‘thugs’ as I named them, plus some violence near the end from the ‘soliders‘ but it didn’t seem to register on the kids.

For an added bonus to your outing, after the show get a peameal bacon sandwich from St Lawrence Market and head a block south of the theatre to David Crombie Park and you can sit on a back to back green bench, almost like the ones in the show.  Minus the trampoline in the middle.

If you’re still not convinced, here is a video preview of the show.

Plus a special mention to ‘Jeff‘ for overruling the front of house staff’s aversion to my barefeet.

Two superb, under-appreciated, TV comedies from over a decade ago are now available on Netflix Canada and I recommend you watch them now.

Freaks and Geeks ran for most of a season in 1999-2000 and right from the opening credits with Joan Jett wailing out Bad Reputation I was hooked on the equally awkward Sam and his gaggle of geeks and the rebellious Lindsay going her own way with the fearless Freaks.  Half the main cast of teens have gone on to further stardom, thanks to their association with Judd Apatow, so that’s another reason to check out this series and see them ‘before they were stars’.

Undeclared was a 2001 follow-up from most of the creative team and a few of the actors heading off to college for the first time where Steve (Jay Baruchel) tries to re-invent himself and navigate the strange social landscape of being a Freshman.  Please note, you probably want to watch the episodes in this order, and not the order they are listed on Netflix.  Somehow Netflix knew to jump ahead to Episode 9 to be played 2nd, but after that you have to manually select the order they are played in. 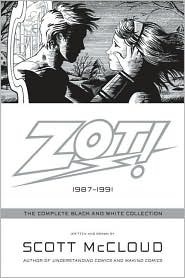 Having read Scott McCloud‘s later treaties on comics and their form & function I snatched up this collection of his earlier superhero comics when I saw it on the shelf at the library.

The book is divided up into two parts: Heroes & Villians, and The Earth Stories. For me, Part Two was far superior to Part One.

As Mr. McCloud would say: “comics are a medium not a genre”; and I think in Part One he was still figuring that out. As these are “The Black and White Collection” we’re missing out on the first 10 or so issues of Zot! and I never really felt like we got the exposition we needed to fill us in. Zot! is a teenage superhero of his Earth. He travels to our Earth and is dating Jenny. They adventure back and forth from the mundane (a good thing!) to the idyllic. For me, I like to know the ins & outs of my superhero. All I knew of Zot!’s (or Zach as he’s called sometimes) was that he could fly (anti-grav gizmos?) and had a stun gun that frequently ran out of shots (later he gets an invisibility device too). Also, nothing of his ‘origins’ until many issues in when we learn his parents were killed (and that’s why he lives with Uncle Max) (insert joke about a hero’s dead parents here).

Once the portal to the other dimension is closed, and we begin Part Two: The Earth Stories, the black & white pages really started to gleam. “Looking for Crime” (#29) was a great bridge as it still featured Zot!, but in this case he was trying really hard to be a crime-fighter and he just couldn’t find any crime to fight in New York City. “Autumn” (#30) opens with a beautiful splash page of Zot! and Jenny landing in her backyard, but that’s about it for the super-heroics in that this is Jenny’s Mom’s feature. Wonderful nostalgia and reminisces on her part help us experience the world as she sees it: a frustrated mother and wife dealing with regrets of her past, and hopes for her future. The next two stories, “Clash of Titans” and “Invincible” are the weakest of the single character stories, in my opinion, but never the less feature real kids dealing with their lives. “Normal” & it’s follow-up were well done, irregardless of the fact that they were one of the earliest depictions of homosexual teens in near-mainstream comics. The nuances he included were palpable. The gimmicky ending has me laugh out loud too. The twisted metaphors of Jenny finally going into Zot’s box I won’t comment on. And, I won’t say anything about the final issue of the run, I’ll leave a little suspense in the collection for you. I will say Mr McCloud that when you complete your next work of fiction you’ll have yourself another reader.

Thor: The World Eaters by Matt Fraction
My rating: 1 of 5 stars

I was disappointed. I wanted more Thor and less everything else. The double page panels were difficult to follow and unnecessarily excessive. The opening with 3 or 4 pages of the same panel was dumb. It’s bad when my favourite part was the Ironman cameo. Hmmm maybe Faction should stick with Ironman?

View all my reviews